Everything freelancers need to know about IR35 (but were afraid to ask!)

With three presenters for the BBC who believed they were freelancers being found inside IR35 according to a tribunal judgment published last week, it’s clear that the Intermediaries legislation (IR35) needs to be understood to avoid nasty surprises later down the line. 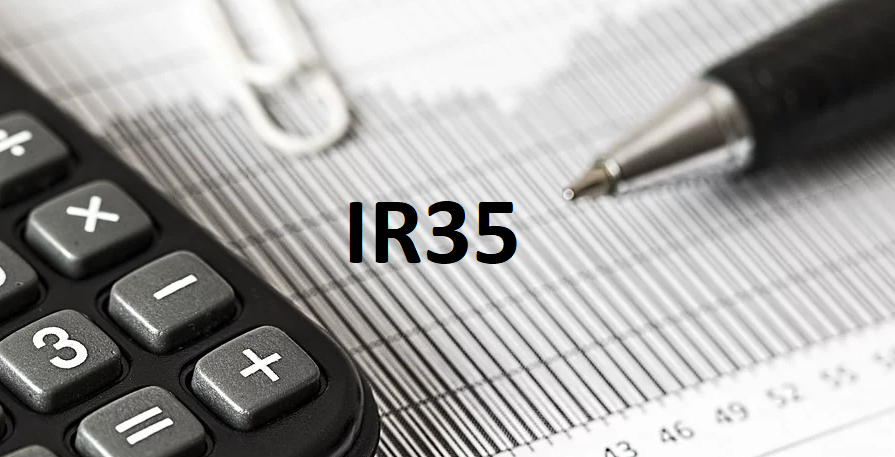 And understood not just by media and TV freelancers, because IR35 applies to all industries.

To address other misconceptions and to set the record straight on IR35 for FreelanceUK readers, here are the top FAQs on the tax rule -- with our answers, writes Seb Maley, CEO of status advisory Qdos.

The IR35 legislation was introduced in 2000. It was the government’s attempt to stop freelance contractors from working as ‘disguised employees’, which is when an individual whose engagement resembles employment works through their own limited company (often referred to as a Personal Service Company), and therefore pays less tax than he or she should.

What does it mean to work ‘outside IR35’?

When working outside IR35, just like any small business owner you are able to pay yourself through your limited company in the most tax-efficient manner. Freelance contractors typically pay themselves through a combination of salary under the tax threshold and by drawing dividends.

What about ‘inside IR35;’ what does it mean?

Should you operate inside IR35, you are considered an ‘employee for tax purposes’ and will, therefore, need to pay income tax and National Insurance Contributions at the same rate as an employee -- in the same tax band.

How much could working inside IR35 cost me?

It varies depending on your daily pay rate and how you currently extract your income. However generally speaking, working inside IR35 could cost you around 20-25% of your income. A large chunk of the variance is Employer’s National Insurance, the cost of which is often indirectly passed onto the worker. For a specific breakdown of the costs, it’s well worth punching your information into an IR35 calculator.

It’s important to bear in mind that IR35 only applies to individuals operating through their own limited companies and, in very rare circumstances, limited liability partnerships (‘LLPs’). If you’re a sole trader, the IR35 legislation itself doesn’t impact you; reformed or not reformed. That said, your client will still have to decide your employment status, which dictates whether you’re an employee, a sole trader, or a ‘worker’ which is somewhere in between the two.

What is IR35 reform?

Changes to the rules (introduced in 2000) will soon see medium and large organisations in the private sector made responsible for setting the IR35 status of the limited company freelancers they engage. As a result of this ‘IR35 reform,’ the liability - which the workers themselves currently carry in the private sector - will be transferred to the party in the supply chain that pays the worker/freelancer/contractor. Typically, this party will be a recruitment agency. Reform of IR35 will be enforced from 6th April 2021.

However, if you’re engaged by a company that HMRC deems to be ‘small,’ reform will not apply. In other words, you – the worker/freelancer/contractor -- will be able to continue setting your IR35 status when working with these ‘small’ businesses.

Does the reform mean HMRC will no longer investigate freelancers/contractors?

No. HMRC can investigate freelance contracts as old as six years. So even though the liability will soon shift away from the worker/freelancer/contractor, HMRC can still look into any contracts that took place when the liability rested with the individual, as it currently does in the private sector.

What happened in the public sector as a result of IR35 changes?

Many public sector bodies took a risk-averse approach to IR35 reform and therefore placed all their limited company suppliers inside IR35 in order to protect the liability they often carried. We’ve seen this approach leave thousands of individuals working inside IR35 and taxed like employees, even though the service they provided clients was reflective of an outside IR35 engagement.

What is a ‘blanket’ IR35 assessment?

Blanket IR35 decisions typically result in all workers/limited company freelancers/ contractors working for the same business being placed inside the legislation without a review of their individual contracts. This type of universal, across-the-board assessment was widespread in the public sector following the introduction of reform in April 2017.

HMRC has since said blanket determinations are non-compliant, but even so, reports suggest they continue to be made.

What is a role-based IR35 decision?

There is a fine line between a blanket IR35 decision, and a role-based IR35 decision -- which HMRC says is compliant. Role-based determinations are when a client places all freelance contractors with identical contractual conditions either inside or outside IR35. Despite HMRC accepting this approach as IR35 compliant, we are of the view that each contractor should be assessed on a case-by-case basis.

Check Employment Status for Tax (CEST), is HMRC’s controversial IR35 assessment technology. It was released in the run-up to IR35 reform in the public sector two years ago and HMRC encourages engagers to use it when deciding status.

Given that CEST has been dismissed in court, ignores key aspects of the IR35 legislation and makes a decision based on a maximum of just 16 questions, our advisory business, among many other IR35 experts, does not believe it is fit for purpose.

Can an end-user’s IR35 decision be challenged?

Yes. Should you feel you’ve been wrongly placed inside IR35, you have every right to challenge this determination. Under the incoming reform in the private sector, you are able to dispute an IR35 decision and your client must provide its reasoning for that determination within 45 days.

Having your contract reviewed by a status expert who is independent (meaning there is no financial gain for them in the outcome of the assessment) is also a useful way to strengthen any argument for belonging outside IR35. Similarly, consider having a ‘Working Practices Review,’ which focuses on the day-to-day reality of your engagement with your engager.

What can I do to prepare for IR35 reform?

While limited company freelancers (unless working with ‘small’ companies) will lose the right to set their own status, they are not powerless. From having your contract reviewed by an expert to discussing reform with your client and obtaining a Confirmation of Arrangements (a document or letter signed with the agreement of your engager as to the true nature of your working relationship); there are a number of ways contractors and freelancers can look to safeguard their status.